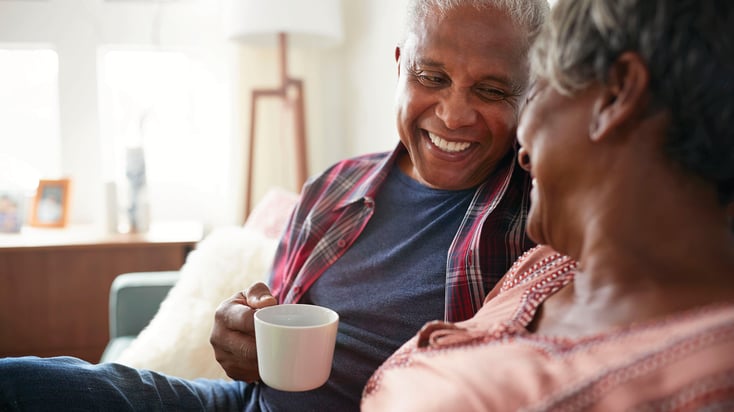 On February 13, 2020, the NAIC formally adopted revisions to its Suitability in Annuity Transactions Model Regulation. The Annuity Suitability Working Group met for more than a year deciding on new definitions and provisions to update Model Reg #275 in order to align producer and insurer oversight with ongoing suitability upgrades taking place with FINRA Rules and the SEC's Reg BI.

With an industry focus on ensuring individual consumer best interests are held above any personal or compensation-related producer interests, states insurance departments and legislative bodies are upgrading product suitability standards and insurer oversight requirements to ensure sales recommendations are made with only the best interests of the consumer in mind.

While the NAIC's new Best Interest obligations do not impose or constitute a fiduciary duty for the annuity producer, the new standards of conduct go beyond simple suitability. To accomplish this, both insurers and producers are required to follow enhanced regulatory guidelines, including continued product-specific training and additional training for previously certified producers.

How is Annuity Suitability upgraded to Best Interest?

The best interest model redefines the suitability information to collect from each consumer as “Consumer Profiles Information.”  Signatures on new disclosure forms are required from consumers who either refuse to provide this information, or chose to purchase annuity products that a producers does not recommend, based on this collected information. 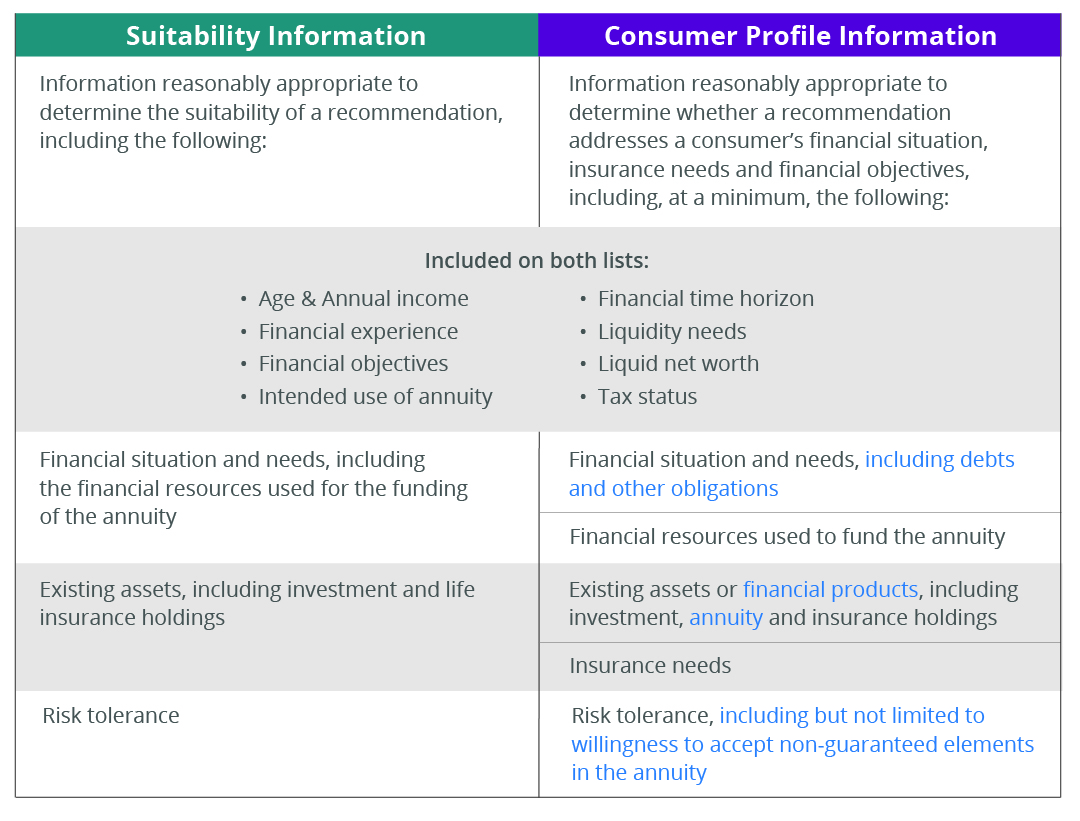 When making a recommendation to purchase an annuity, a producer must act in the best interest of the consumer under the circumstances known at the time the recommendation is made without placing the producer’s or insurer’s financial interest ahead of the consumer’s interest. Four clear producer obligations were added that upgrade previous suitability standards to maintaining a focus on consumer best interests.

The producer, in making a recommendation, must exercise reasonable diligence, care, and skill to:

Producers must now be very conscious of a “show your work” standard for underwriting compliance as a written record of how the producer got to the recommendation, which must include the “why” (i.e., the client’s need for the product).

Three consumer disclosure form templates were added to the model to verify that specific information is shared with clients to improve transparency between the producer, insurer, and the client.

The financial interest of the producer in the sale of an annuity cannot influence a recommendation to a consumer. Cash or non-cash compensation IS NOT included in this definition, as it is addressed in the disclosure statements of Appendix A.

A producer has acted in the best interest of the consumer if he or she satisfies the new obligations regarding care, disclosure, conflict of interest, and documentation. The best interest obligation extends to every producer who has exercised material control or influence in the making of a recommendation and has received direct compensation as a result, regardless of whether there was direct contact with the consumer.

Why did Suitability become a Best Interest standard?

Since 2003, suitability has been the compliance standard for annuity transactions. Because annuities are insurance products, their sale and replacement is governed by state regulations, most of which are based to some degree on the NAIC model as amended in 2006 and 2010.

The Annuity Suitability Working Group’s revision work began in 2017 to address the Department of Labor's Fiduciary Rule (DOL Rule), which sought to impose a fiduciary standard on the sale of all financial products, including annuities. The DOL Rule was vacated by the 5th U.S. Circuit Court of Appeals.

In the aftermath of the Court’s ruling, the Securities and Exchange Commission released its Best Interest rule package, which was approved in June 2019, updating the standard of care for broker-dealers and investment advisors to one of best interest.

The NAIC continually works to establish industry best practices and create a more uniform regulatory playing field for licensed insurance and securities professionals. Their adoption of the 2020 model revisions will help appropriately align FINRA and SEC sales standards with the insurance marketplace.

According to the NAIC’s Center for Insurance Policy and Research1,

“The Working Group [sought] clear, enhanced standards for annuity sales so consumers understand the products they purchase, are made aware of any material conflicts of interest, and are assured those selling the products do not place their financial interests above consumers' interests.”

Under the NAIC model, producer and insurer obligations are enforceable at the time the recommendation is made. Specific language was added to clarify that the “care obligation” does not mean a producer has an ongoing monitoring obligation unless “such an obligation is separately owed under the terms of fiduciary, consulting, investment advising, or financial planning agreement between the consumer and the producer.”

The Ultimate Guide to the Property and Casualty Exam

Filling in the Gaps: How to Attract Young Professionals